Genöme noize is about to be released.

For a preview of the coming tape that we will release together with our friends Bullwhip and Doombringer records can be viewed here::

We got the repress of the Crutches Såld 12"LP the other day. yellow spalleter on Green vinyl 333 copies available now! Managed to update the webshop with some other Crutches merch that hasn't been there so far. so Enjoy! 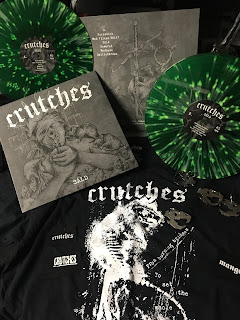 Hey ya all!
It's been a crazy summer, crazy good and fully occupied as always. Orders has been placed and loads of records has been sent out. if there might be any issues regarding orders please send me an email since it seems like there's some of you's that hasn't gotten the messages about the payments that fucked up a bit.

Anyhow! Thanks a million for the support in making the distro/shop stuff survive. It's because of you guys that I'm still being able to do this.

There's a bunch of releases planned already. A repress of the Crutches Såld LP will arrive in a couple of weeks, this time with a green/yellow splattered version in 333 extra copies. Contorture new LP has also been scheduled, and that's a great feeling for sure, just need that extra detailing with the cooperations to be settled.
Osmantikos, Survival LP should be ready for the pressing plant within a decent period, really looking forward to this one.
A 7" release of the mighty raw manglers out of Bandung Indonesia, Kontrasosial Filthy Scum EP which is a killer for sure.
There will be a split tape release of Malmö manglers Anhedoni and Remiso. Killer stuff as I'm saying. Loads to look forward to.
And a split 12"/tape of Crutches and Kontrasosial has been planed as well. We hope to be able to have the tapes at least for the SE-Asian invasions in January when we will be doing a short tour with Crutches and Kontrasosial.

Besides all of this I've managed to separate the business a bit, as Mangel Productions is the place where you should go if you need merch, such as t-shirts, hoodies, shirts, patches, pins, banners. Yeah you know, the stuff needed for the need.
https://mangelproductions.blogspot.com/

That's it for today then. More will be coming as we roll and do STUFF!!

Hey you awesome people supporting us!
I just wanna thank you for all the support and all the orders that's been coming the past years. Realized that we had some problems with the connection to Paypal lately, so I've tried to reach out to all of you whom been placing orders and hoping to be able to pay via Paypal.  If you feel that there's some problems just write back to me: oskar.notenough(A)gmail.com (ohh replace the (A) with a magical @ to send some emails) and I'll get back to you ASAP!!

I'm getting out of the country tonight for two weeks so I can't deal with any orders and such till I'm back in Malmö again. I'm back here the 9:th of July, heading out for a short tour with Crutches and Ursut the 11:th so in-between of my arrival and the short trip I'll see to ship as much as I can. 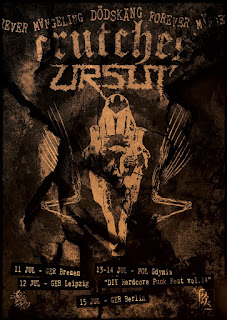 It's here and I'll be at K-town today with a bunch of records. for your pleasure and my satisfaction of releasing this fucking brilliant record! Realized I've been talking about this release idea for more than 4 years already.
All these great bands from the mangel capital! 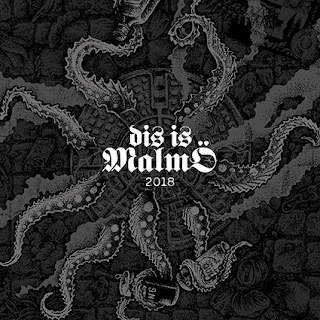 Next week or so we'll have two new awesome releases.

The Dis Is Malmö 2018 LP comp will be here and as if that wasn't enough we'll have the new split LP with Lautstürmer and Remiso at the same time.

The excitement is overwhelming!
Have a listen to the preview of the split LP if you like.

I'll be away for two weeks, this time we're heading to the US with Crutches. All orders will be shipped as soon as I'm back home again.
If you're in the states, you're more than welcome to hit us up!

As DB Schenker seem to having a pleasure holding our shares of vinyls for almost two weeks there were no way I dared to upload any release date for these two new awesome ones. Now I've finally manged to get them here and added the two different versions of both of them to our webshop. so please feel free to place your orders now!! Super exited about these two!! 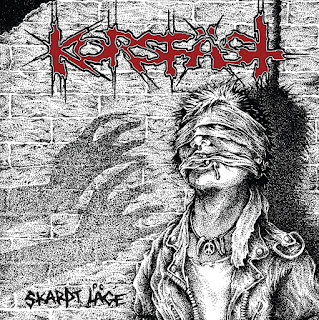 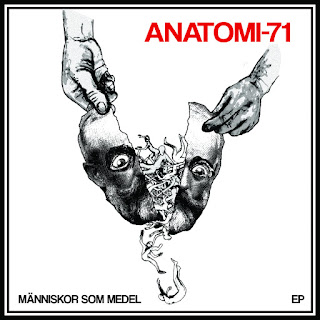 As I've been totally unfocused more than once and there not able to upload the brilliant 7" until now, I'm happy to have it here for your pleasure!


It's just to push play and turn up the volume!
Upplagd av Not Enough kl. 11:56 Inga kommentarer: