This first month of the year has already been super exiting, getting loads of things done, and the Contorture 12" just arrived a day ago. This was an extremely well spent week of preparing stuff!! Super exited about this!
We made 500 copies coreleased with Acclaim (Jap) and Halvfabrikat (SE)  100 limited copies on red vinyl.

go listen to the band if you like: http://contorture.bandcamp.com/ 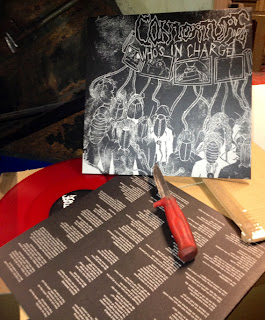